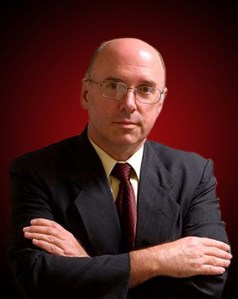 Robert W. McGee is an associate professor of accounting at Fayetteville State University. He has had more than 40 years of experience working in a variety of capacities, including public accounting, corporate accounting, tax law, banking, consulting and education. Clients include the United States Agency for International Development, the World Bank, the African Development Bank and the Central Intelligence Agency. As part of several USAID Accounting Reform programs he was in charge of assisting the Finance Ministry in Armenia convert the country to International Financial Reporting Standards; in charge of reforming the accounting curriculum at all the major universities in Armenia and Bosnia; drafted the accounting law for Armenia and Bosnia and reviewed the accounting law for Mozambique. Reviewed securities legislation for Turkey, trained government ministry officials in Bulgaria, Rwanda and Tanzania, accountants in Russia, economists in Ukraine. He has lectured or consulted in more than 30 countries and has earned 13 doctorates from universities in the United States, Eastern and Western Europe . Several studies have ranked him #1 in the world for accounting ethics and business ethics research. He has published 58 nonfiction books and hundreds of articles. He is currently working on several novels.

He has competed in karate tournaments in several states and has won medals in both the Shukokai (Japanese) and Taekwondo (Korean) styles, including 18 gold medals at National Championship Tournaments.